The foreign exchange market (Forex, FX, or currency market) is a global decentralized or over-the-counter (OTC) market for the trading of currencies. This market determines foreign exchange rates for every currency. It includes all aspects of buying, selling and exchanging currencies at current or determined prices. In terms of trading volume, it is by far the largest market in the world, followed by the Credit market.[1] 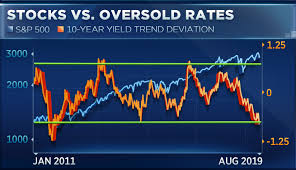 The main participants in this market are the larger international banks. Financial centers around the world function as anchors of trading between a wide range of multiple types of buyers and sellers around the clock, with the exception of weekends. Since currencies are always traded in pairs, the foreign exchange market does not set a currency's absolute value but rather determines its relative value by setting the market price of one currency if paid for with another. Ex: US$1 is worth X CAD, or CHF, or JPY, etc. 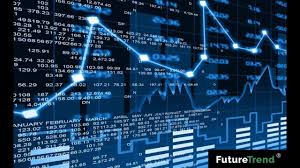 A bear market is a general decline in the stock market over a period of time.[9] It includes a transition from high investor optimism to widespread investor fear and pessimism. One generally accepted measure of a bear market is a price decline of 20% or more over at least a two-month period.[10] A smaller decline of 10 to 20% is considered a correction. Once a market enters correction or bear market territory, it isn't considered to have exited that territory until a new high is reached.[11] From 1926 to 2014, the average bear market lasted 13 months with an average cumulative loss of 30%, while annualized declines for bear markets ranged from −19.7% to −47%.[12]/,

The 2019 Hong Kong protests, also known as the Anti-Extradition Law Amendment Bill (or Anti-ELAB) movement, are an ongoing series of demonstrations in Hong Kong which were triggered by the introduction of the Fugitive Offenders amendment bill by the Hong Kong government.[23][24] If enacted, the bill would have let local authorities detain and extradite criminal fugitives who are wanted in territories with which Hong Kong does not currently have extradition agreements, including Taiwan and mainland China.[25] This created concerns that the bill would subject Hong Kong residents and visitors to the mainland Chinese jurisdiction and legal system, undermining the region's autonomy and its civil liberties.[26][27][28][29] As the protests progressed, the protesters laid out five key demands, which include investigation into alleged police misconduct and resumption of democratic reforms that were promised in the Sino-British Joint Declaration, but stagnated after the 2014 Umbrella Revolution.[23][30] The Chinese central government has indicated that it sees the protests as the worst crisis in Hong Kong since the handover in 1997.[31]