It was a nuisance wildlife management military operation undertaken in Australia over the later part of 1932 to address public concern over the number of emus said to be running amok in the Campion district of Western Australia. The unsuccessful attempts to curb the population of emus, a large flightless bird indigenous to Australia, employed soldiers armed with Lewis guns—leading the media to adopt the name "Emu War" when referring to the incident. While a number of the birds were killed, the emu population persisted and continued to cause crop destruction.

Following World War I, large numbers of discharged veterans who served in the war were given land by the Australian government to take up farming within Western Australia, often in agriculturally marginal areas. With the onset of the Great Depression in 1929, these farmers were encouraged to increase their wheat crops, with the government promising—and failing to deliver—assistance in the form of subsidies.

In spite of the recommendations and the promised subsidies, wheat prices continued to fall, and by October 1932 matters were becoming intense, with the farmers preparing to harvest the season's crop while simultaneously threatening to refuse to deliver the wheat 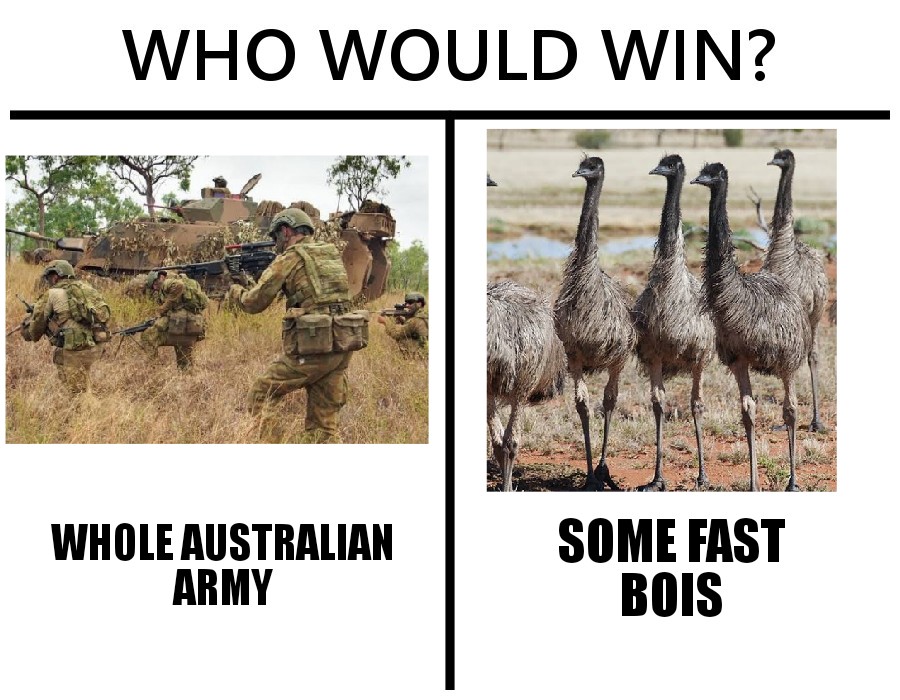 This guys were dangerous 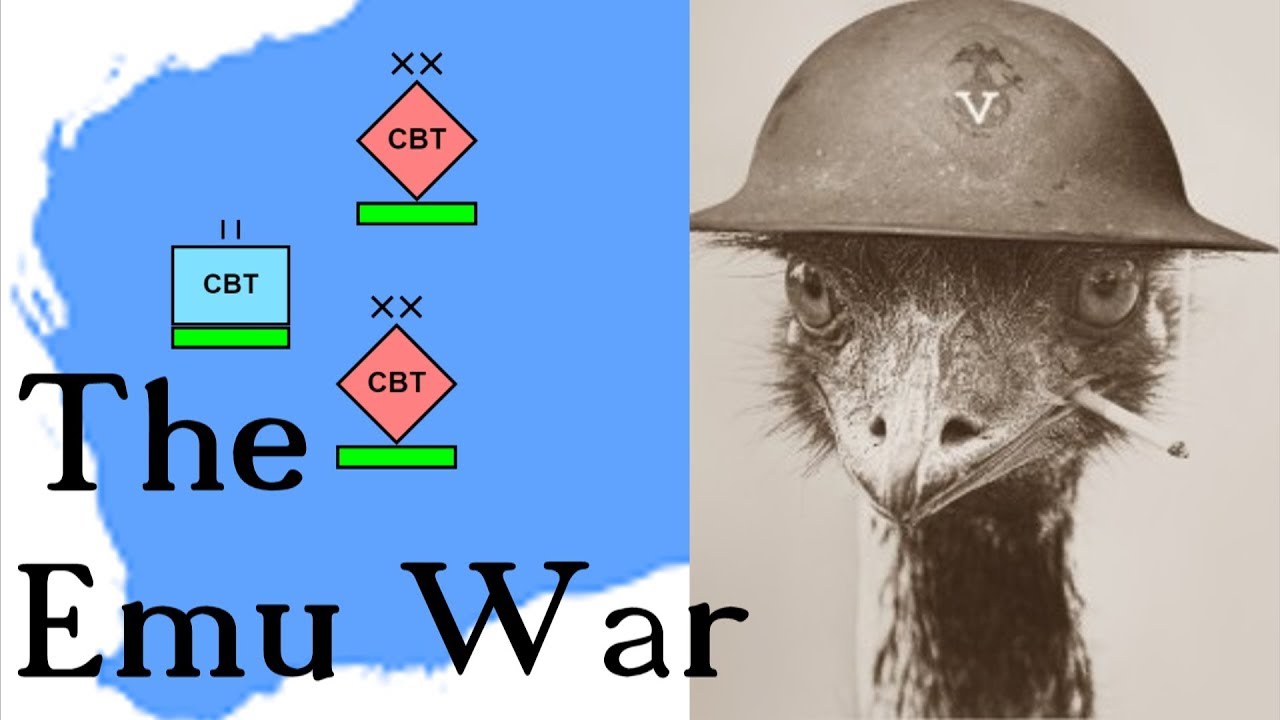 Farmers relayed their concerns about the birds ravaging their crops, and a deputation of ex-soldiers were sent to meet with the Minister of Defence, Sir George Pearce. Having served in World War I, the soldier-settlers were well aware of the effectiveness of machine guns, and they requested their deployment. The minister readily agreed, although with conditions attached: the guns were to be used by military personnel, troop transport was to be financed by the Western Australian government, and the farmers would provide food, accommodation, and payment for the ammunition.[